Mobile grocery vehicles are common in rural areas far from the city in Thailand, because the living space is more fragmented, at the same time the traffic is more inconvenient, generally rely on small mobile grocery vehicles for the local provision of fresh and daily necessities, but this kind of grocery vehicles are almost self-employed, now large retailers such as Big C, 7-11 are looking at this market, Have launched model vehicles around the pilot, traditional grocery car operators fear will cause impact. On the other hand, some local people believe that the Mini Big C will be the traditional grocery car business, the noise is strong to even the Thai Ministry of Commerce in Public intervention, Commerce Minister Sontirat Sontijirawong said recently, “the Ministry of Commerce has been monitoring C Mobile Grocery business to ensure fair trade. It is currently being confirmed whether the Mini Big C is in breach of the 1999 Commodity and Service Price Act (the Act on prices of goods and services) and the 2017 Trade Competition Act (the Trade Competition Act) To ensure that the trading relationship between small retail operators and large retailers is fair. 」

“After the Big C Supercenter plc launched Mini Big C, the Ministry of Commerce expressed concern that the company’s response to the mobile grocery was just a new business concept pilot project and not really commercialized,” he said. “sontijirawong added,” Owners of small grocery cars should be reassured that they are not the only ones fighting large retailers, and that the ministry will not sit idly by and help if small retailers get any shocks. ” 」

Mobile grocery cars are quite common in Thailand, especially in rural areas far away from the city, because of the scattered living space, while some areas of transport inconvenience, generally rely on small mobile grocery vehicles for the local provision of fresh and daily necessities, but this kind of grocery vehicles are almost self-employed, many large retailers such as Big C, 7-11 all look at this market, have launched model vehicles around the pilot, 7-11 also almost at the same time the introduction of mobile grocery vehicles.

Although the government has indicated that it will intervene actively to prevent the violation of fair trade, the supply of large retailers is stable and abundant, it is worth observing whether the future will really replace the traditional grocery cars. 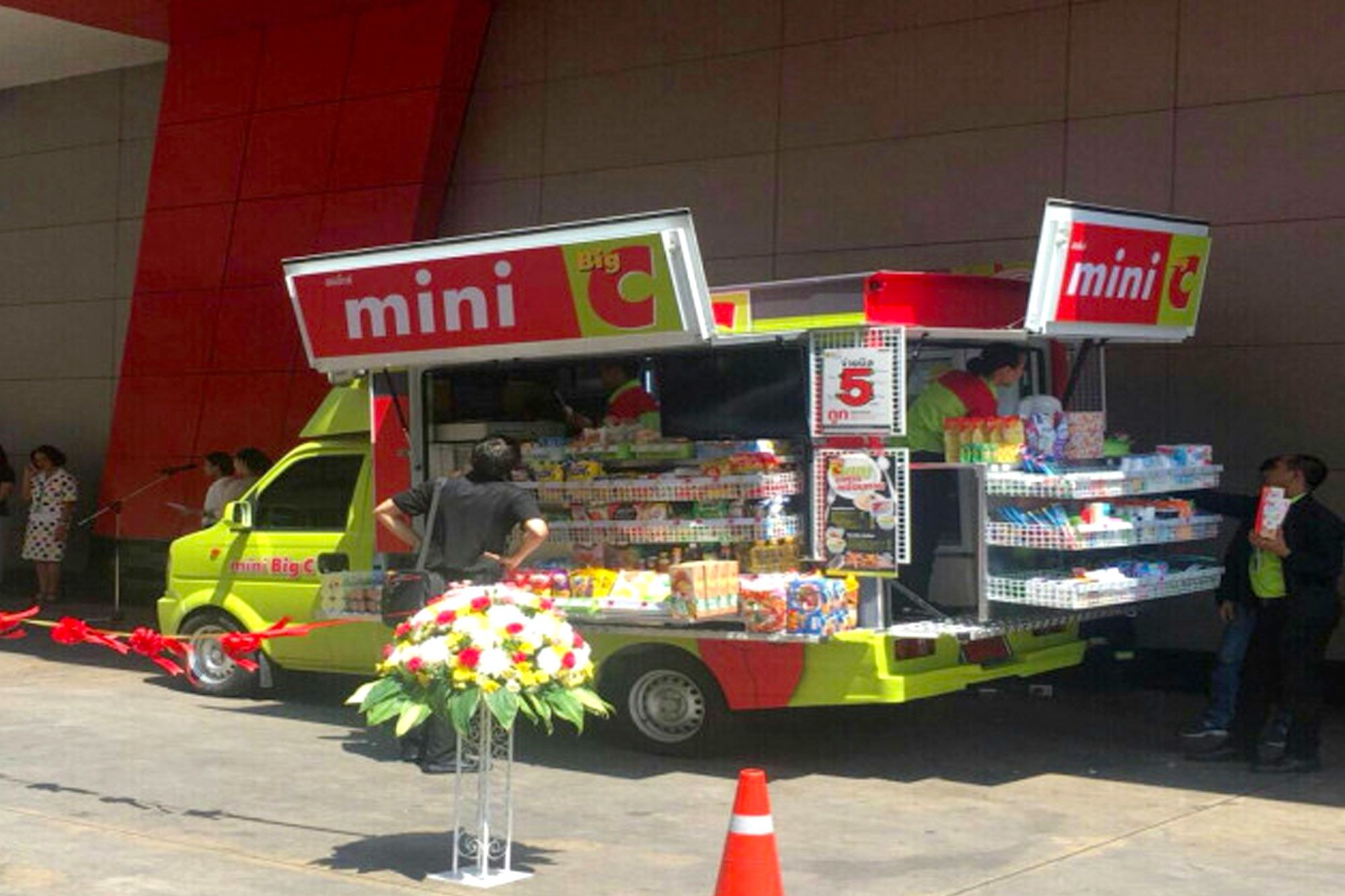